I love a beautiful table setting and have a few things already that I can pull from my china cabinet to set a pretty table. However, I didn’t have anything specifically themed for Valentine’s Day Table Setting. Rather than go out and shop for something, which I don’t have time to do, I decided to DIY my own table runner after seeing some inspo on Pinterest. Here’s what I did and how you can make your own!

If you want a quick recap, check out my web story HERE!

After seeing some inspo pictures on Pinterest of different kinds of table settings, I decided to make my own table runner for this Valentine’s Day table setting.

I had a roll of craft paper that I have used for kids’ art projects that looked to be just wide enough for our table. Then, I grabbed one of the kids’ cheap paint brushes, some black acrylic paint, and paper plate.

Originally, I had just one sheet of the paper down, but I could see the wood grain under it, so I decided to layer two pieces. This actually helped because the paint ended up being pretty heavy on the thinner paper. With two sheets, the paint did not bleed through.

After I practiced on a small piece of the paper, I started at one end of the paper on the table. I worked on a 3 then 2 pattern where I painted three XOs and then 2 XOs on the next line. I tried to paint the same sized letters but I didn’t want it to look perfect like it was printed. I made sure I could see brush strokes. I wanted the personal touch to show through.

The lines with 2 sets of letters looked too empty on the sides, so I made it look like it was a continuous pattern that was cut off on each side.

After that, I built the floral arrangement with some faux flowers I had and added gold, cream, and purple accents on the table. I absolutely love how it turned out.

What do you think? Have you ever made a Valentine’s table setting or a table runner? I’d love to hear about it either on social media or in comments below!

This site uses Akismet to reduce spam. Learn how your comment data is processed. 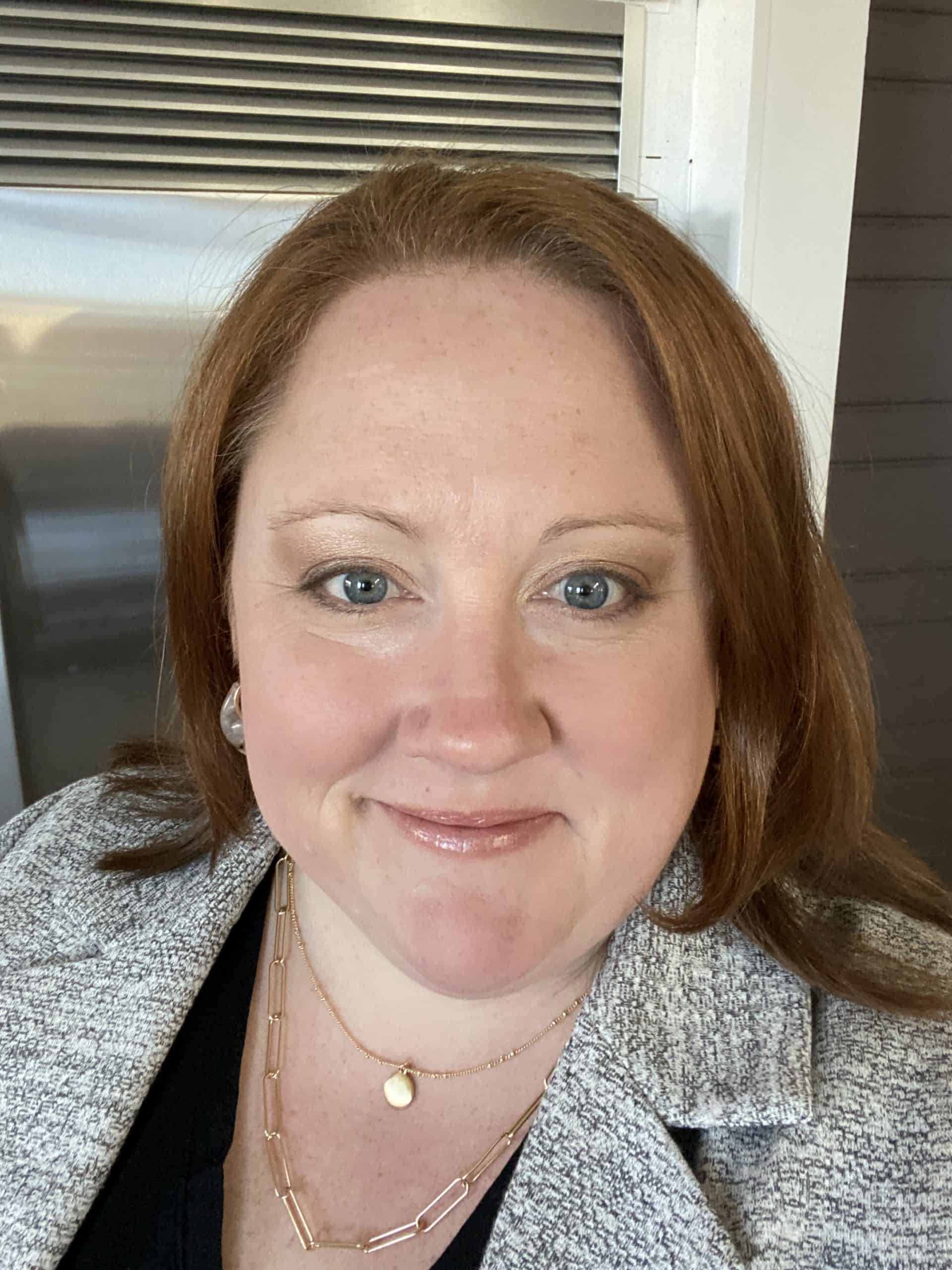 I’m a wife, a mama to two super active little boys, and a professional who is sharing how I design my life in the hopes of inspiring YOU in the design of YOURS! And luckily, my hilarious and talented hubby and adorable (if I do say so myself) …….

Don’t miss the tips, tricks, and freebies of DYL!