Stay up to date on all DYL news and freebies! Learn More

We’ve finished week 3 of the Better Homes & Gardens One Room Challenge and I’ll be honest, not a whole lot has changed in the living room. This week was Paul’s 40th birthday, I have been loaded with work, and the boys have been on a whole new level in their two-ness and four-ness. However all forward movement is a progress so here’s what we have.

I’ve ordered and am waiting on all of the stain components to come in. I need to grab the pre-stain, and the cerusing wax should be here Tuesday. I have the two colors I think I’m going to need to mix in order to pull the color I want out of the hickory slab that we’ve attached to the cabinets. I went to try it out this weekend and then thought I should wait until I have all of the components so I can try out a few different methods for applying it. I’m hoping the golden oak colors I’ve picked with pull out some of the darker tones in the hickory and give it a lot of visual interest and depth.

The last thing I need to figure out for this TV console/IKEA hack project is that I want to put on the doors. I’m going to cover them. Originally, I wanted a herringbone cane fabric. However, I’ve ruled that out because I think I’ll need a subtler pattern in the room. I’m leaning towards a monochromatic grasscloth because of the subtle texture and the flexibility of the fabric itself. I’m really struggling to find one I like though. Stay tuned, I’m hoping to figure that out and have it ordered early this week.

Early this week, I’m ripping out the carpet from the stairs. Ready or not, off it comes! I’ve always wanted wooden stairs with a beautiful runner. I’m so excited.

I’m almost positive–at least the plan right now that I think I’m sticking with–is to use the same stain on the stairs as on the TV console. AND THEN, I think I’m using that same stain on the bannister. That’s going to mean stripping the current poly and stain off of it first. If I used a gel stain, such as the java General Finishes stain, I could put it right on top of the bannister as it is. That is very, very tempting because it’s so much easier, but I know myself and I’m going to either want the lighter color with the white wax settling into the wood grain OR black, likely stained, possibly painted.

A lot of the time, I have options in my mind, ones that I’ve thought a lot about for a while, but I don’t make the ultimate decision until I’m about to do it. I’m hoping that continues to work out for me for this ORC challenge.

As far as other items, I have my choices for art lamps that will go on either side of the TV narrowed down. This week I’ll put a poll on my Instagram stories to see what people are gravitating towards. I have my art supplies for all three art projects I have planned (except I may decide to pick up some gold leafing as well, we’ll see where the art takes me).

Finally, my plans for the coffee table took a hard turn. Rather than the more traditional, Restoration Hardware-inspired coffee table that I have on my current mood board, I’m pretty sure I am calling an audible and switching to this one from Pottery Barn:

I’ve made the switch for a few reasons. First, I am a mixer of styles; I really do not like for a single style to carry a room. My choices for sofa may be skewing a little more traditional and the TV console, with the tulip feet and neutral-colored grass cloth rather than cane wrapping, is going to look a bit traditional too. So the coffee table is an obvious place to mix it up. Paul and I have been planning on how to make and assemble this coffee table. We’ve only found one example of someone’s attempt to DIY this table. While it’s not exactly what we’re shooting for, it has been helpful to see what they did and see whether that will work for us. We’re also trying to decide if we’re going with finished pine wood or if we’d like to go back out to the lumbar yard for some hickory.

So, again, we don’t have as much to show for this week, but we’ve been making strides, planning this out and waiting on deliveries. Here we go with week 4!

Have you checked out the other talented men and women working on their one room challenge? There are so many amazing rooms on the way, you really should check them out on the ORC blog! Until next week!

This site uses Akismet to reduce spam. Learn how your comment data is processed.

Welcome friend! My name is Alicia and I'm glad you're here! I'm a wife, a mama to two super active little boys, and professional who is sharing how I design my life in the hopes of inspiring YOU in the design of YOURS! And luckily, my hilarious and talented hubby and adorable (if I do say so myself) boys are along for the ride. So, please settle in, maybe with coffee/wine, get comfy, and explore the site. Thanks for coming! Read More…

Don’t miss the tips, tricks, and freebies of DYL!

LOOK at this table setting for our 4th of July din

♥️🤍💙Thank you to all who have served, es 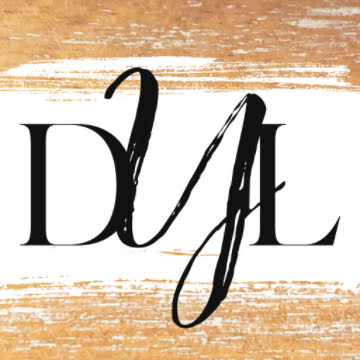